How We Deal With Harm

As socialist feminists and abolitionists, how we respond to harm as a political formation is of critical importance. As of September 27th 2020, Emerge will use the following protocol to respond to instances of harm perpetuated by our members, both within and outside the group.

As feminists, we are committed to survivor-centered processes. As prison abolitionists, we won’t cooperate with the police or the state and are committed to transformative justice. As socialists, we recognize that context and nuance are key, and we expect to handle each situation differently, according to what is wanted and needed by those affected. We’re committed to consequences over punishment, and we’re influenced by the work of longtime abolitionists and transformative organizers such as Mariame Kaba, Shira Hassan, Leah Lakshmi Piepzna-Samarasinha, Ejeris Dixon, and others.

How do we define harm, as Emerge?

Harm is complex and hard to define. We’ve tried to separate various types of harm into 5 categories, with our general responses to each (though we will handle and assess each situation as it arises):

Areas 1-3 will commonly be addressed through mediation, while areas 4 and 5 will commonly be addressed through a community accountability process and may involve suspension or removal from Emerge. Accusations of serious harm (broadly defined as areas 4 and 5) could result in immediate, temporary suspension of Emerge membership, following conversations with both parties. This includes access to digital platforms and participation in events.

How will we respond?

Emerge has appointed two Community Stewards, who will be the first point of contact for those who have been harmed by a member of Emerge. When someone reaches out, the Community Steward who responds will be responsible for the following: 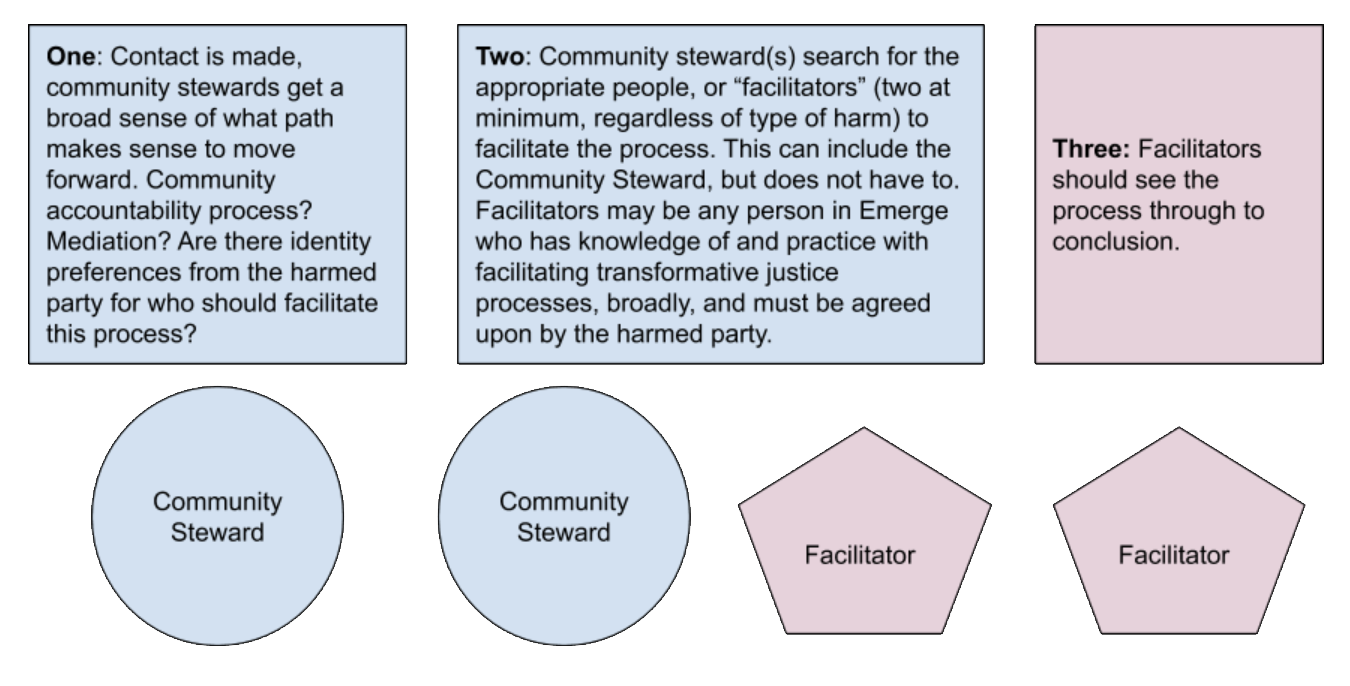 If you have been harmed by a member of Emerge, you can contact one of our Community Stewards below. You do not have to be a member of our caucus to reach out.

What we can offer those reaching out:

What we cannot offer those reaching out: